Why Do Business Leaders Need Coaching?

When 200 CEO’s, board directors, and senior executives were asked how receptive they would be to coaching, the results were as follows: 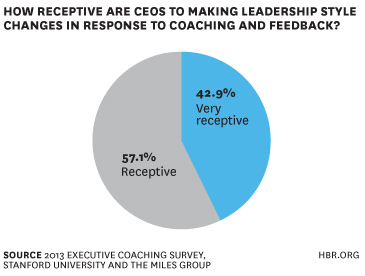 The 2013 stats on these executives receiving coaching was that only 34% of them were having regular coaching sessions. Interesting, isn’t it?

There is an overwhelming receptivity to be coached, and yet when put into practice, there is a drastic reduction in activity. Why is this? Standford highlights an array of reasons, with the most dominant being that CEO’s prefer to be private about getting coaching.

More importantly, the main reason why CEO’s are so receptive to coaching is because good things are easy to see, while blind spots are unknown and tend to creep up on them.

On a global level, top executives receiving business coaching is growing at a rapid rate. The benefits of coaching are becoming better known and certainly more widely recognised.

So here’s the final piece of the puzzle: What are leaders being coaching in? 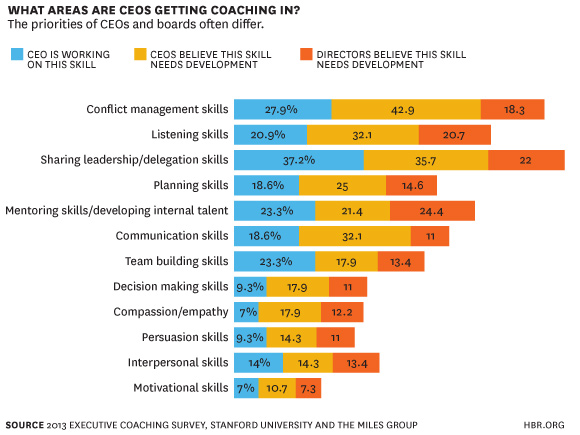 If you are a leader, how would you fare in these 12 areas?

How could you benefit from coaching?

And most importantly, what would be the return on your business if you improve in these 12 areas?

Book your coaching session today! The first session is FREE.